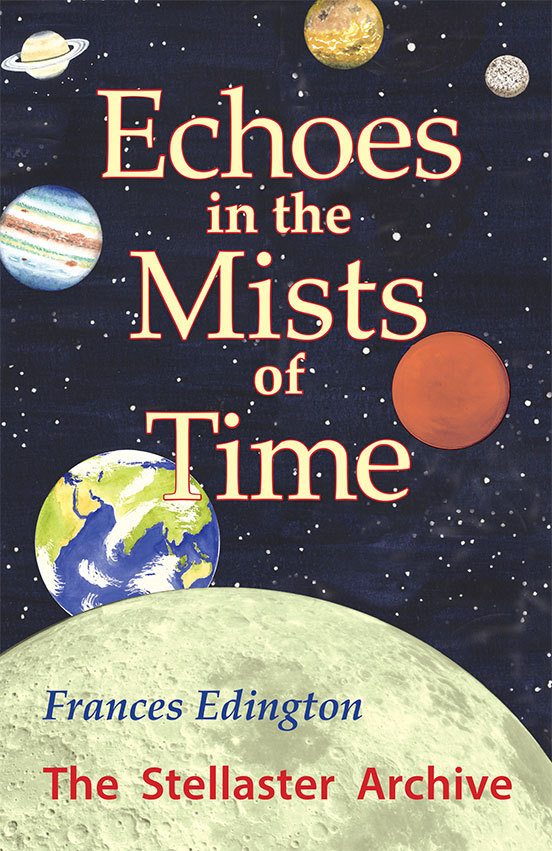 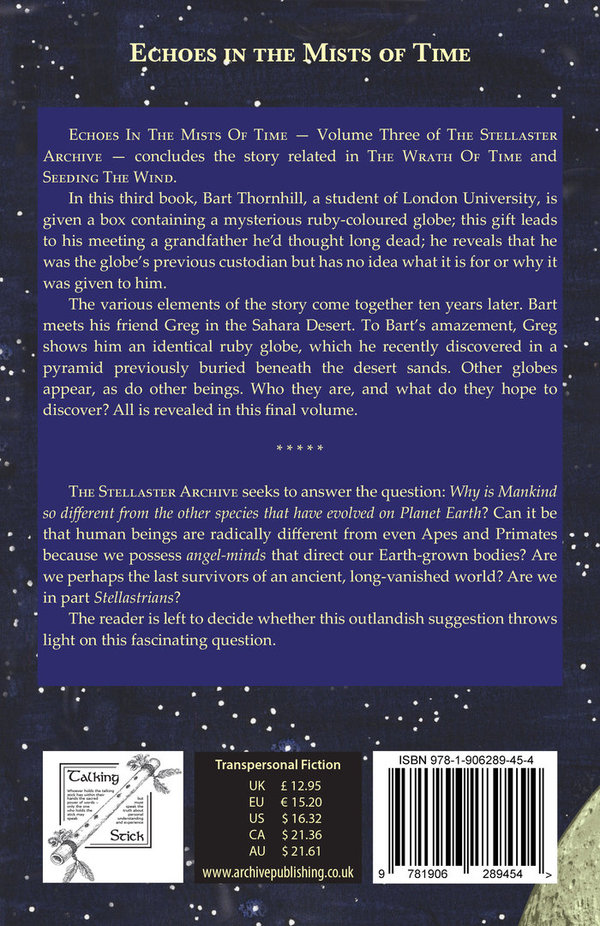 Echoes in the Mists of Time, Volume 3 of the Stellaster Archive

Echoes in the Mists of Time, Volume 3 of the Stellaster Archive

Echoes In The Mists Of Time — Volume Three of The Stellaster Archive — concludes the story related in The Wrath Of Time and Seeding The Wind. In this third book, Bart Thornhill, a student of London University, is given a box containing a mysterious ruby-coloured globe; this gift leads to his meeting a grandfather he’d thought long dead; he reveals that he was the globe’s previous custodian but has no idea what it is for or why it was given to him. The various elements of the story come together ten years later. Bart meets his friend Greg in the Sahara Desert. To Bart’s amazement, Greg shows him an identical ruby globe, which he recently discovered in a pyramid previously buried beneath the desert sands. Other globes appear, as do other beings. Who are they, and what do they hope to discover? All is revealed in this final volume.

The Stellaster Archive seeks to answer the question: Why is Mankind so different from the other species that have evolved on Planet Earth? Can it be that human beings are radically different from even Apes and Primates because we possess angel-minds that direct our Earth-grown bodies? Are we perhaps the last survivors of an ancient, long-vanished world? Are we in part Stellastrians? The reader is left to decide whether this outlandish suggestion throws light on this fascinating question.