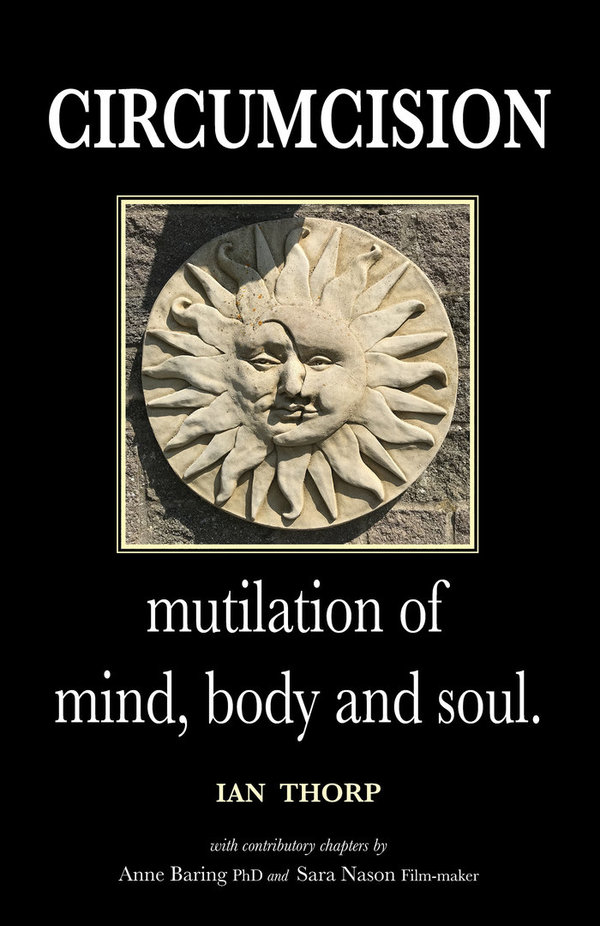 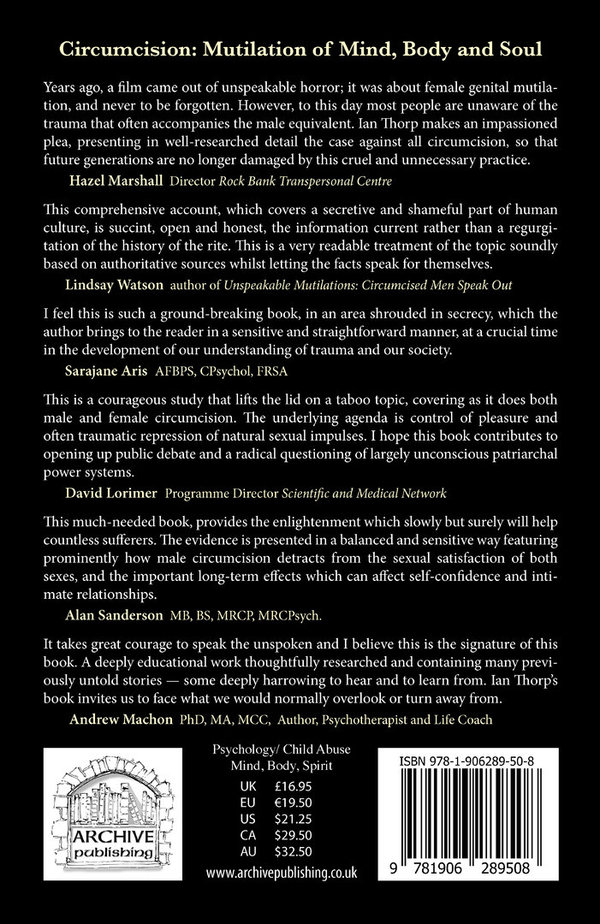 Most ‘enlightened’ nations of the planet accept the individuals Right of Genital Autonomy as agreed in the 2012 Helsinki Declaration. However there are still many which readily allow the continuing mutilation of the genitalia of both female and male children. The reasons given are often based on unjustifiable medical, religious, and cultural pressures and some driven purely by financial gain, but the untold trauma, misery and degradation that the victims feel and suffer from as a result of the initial act — often inflicted without their consent — continue throughout their whole lives.

Years ago, a film came out of unspeakable horror; it was about female genital mutilation, and never to be forgotten. However, to this day most people are unaware of the trauma that often accompanies the male equivalent. Ian Thorp makes an impassioned plea, presenting in well-researched detail the case against all circumcision, so that future generations are no longer damaged by this cruel unnecessary practice.

This comprehensive account, which covers a secretive and shameful part of human culture, is succint, open and honest, the information current rather than a regurgitation of the history of the rite. This is a very readable treatment of the topic soundly based on authoritative sources whilst letting the facts speak for themselves.

I feel this is such a ground-breaking book, in an area shrouded in secrecy, which the author brings to the reader in a sensitive and straightforward manner, at a crucial time in the development of our understanding of trauma and our society.

This is a courageous study that lifts the lid on a taboo topic, covering as it does both male and female circumcision. The underlying agenda is control of pleasure and often traumatic repression of natural sexual impulses. I hope this book contributes to opening up public debate and a radical questioning of largely unconscious patriarchal power systems.

This much-needed book, provides the enlightenment which slowly but surely will help countless sufferers. The evidence is presented in a balanced and sensitive way featuring prominently how male circumcision detracts from the sexual satisfaction of both sexes, and the important long-term effects which can affect self-confidence and intimate relationships.

It takes great courage to speak the unspoken and I believe this is the signature of this book. A deeply educational work thoughtfully researched and containing many previously untold stories — some deeply harrowing to hear and to learn from. Ian Thorp’s book invites us to face what we would normally overlook or turn away from.